Teri Rose was born in Bethlehem, PA, as the first American generation of Hungarian and British immigrants. When she was four, her family moved to California and she spent her childhood raising and taming all manner of backyard pets. She also spent much time drawing them and the horses that she imagined she would someday ride. After completing a Bachelor of Arts degree in Fine Art from California State Polytechnic University in Pomona, she moved to the Central Coast of California in search of a country lifestyle. Her ranch near Paso Robles has been an inspiration for her work since the mid-1980s.

Following her graduation, Teri traveled the west coast exhibiting her work and accepting commissions for portraits of people as well as their beloved animals, along with landscapes and country scenes. She won awards for her artwork in college and afterwards at juried art shows, has created pieces for major organizations, and has had her work chosen as the cover art for several publications of various equine related groups and events.

Athletic as well as artistic, Teri Rose finished in the top 20 on her first attempt at the Tevis Cup 100 Mile Endurance Race. Along with her beloved Arabian horse, Cadence, Teri was a member of the legendary Levi’s Ride and Tie 1994 World Champion Women’s Team, where a 2 person team alternates running and riding one horse over a grueling and challenging course. In addition to being an accomplished artist, endurance rider, and runner, Teri is also a devoted wife and mother. 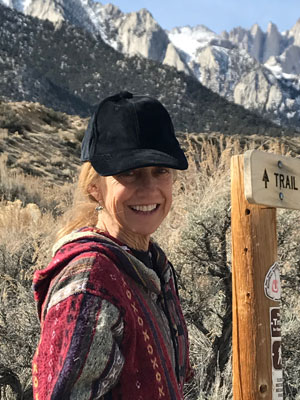 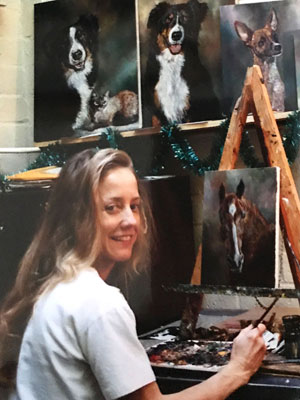 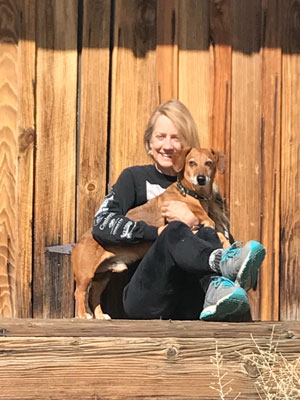 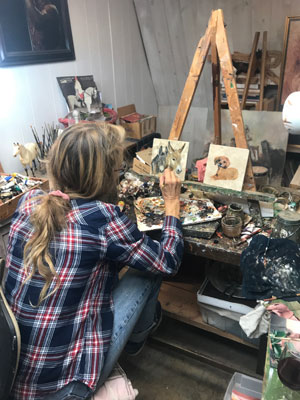 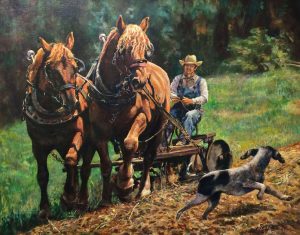 Teri’s love of color and study of the old-world technique of glazing is evident in her oil paintings. Whether a landscape or portrait, her creations draw you in with their realism and three dimensional quality. 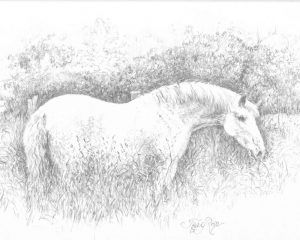 Pencil on Rag Board

Similar to her original childhood medium of pencil on paper, Teri’s pencil on rag board creations still reflect her passion for magnificent equine beings. Perfectly capturing the anatomy of the horse has become a lifelong quest for her. 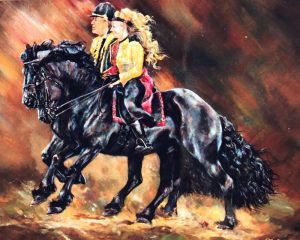 Seeing a demand for a new genre of part art, Teri ventured into combining her love of the western equine culture and the contemporary, modern “Retro Art” demand. Creating pieces of art that appear lifelike and in motion, She captured the heart of not only the Western art world but that of the horse racing community.